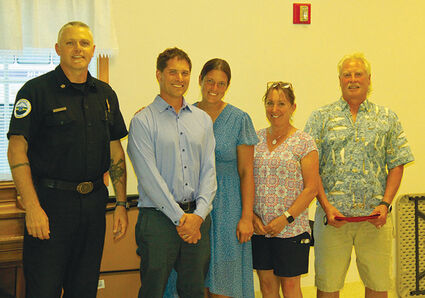 Several members of the public were honored Tuesday, Aug. 23, by the Sweet Home Fire and Ambulance District for stepping up to perform rescues or help with rescues during the past summer.

New Fire Chief Nick Tyler presented life saving awards to Michael Rowe and, in absentia, to Madison Harris for their role in saving the lives of two young men who nearly drowned in Foster Lake off Gedney Creek Boat Ramp on July 29.

While Harris rescued one of the victims, who had jumped off the pier at the boat ramp to save his friend, Rowe dove multiple times in the 20-foot-deep water to find the first v...