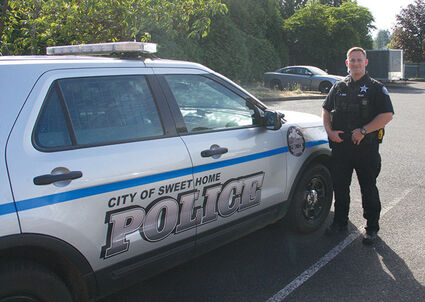 Allen Cripe, one of the Sweet Home Police Department's newest officers, is a former U.S. Marine. "I've been around the world to several places multiple times, so I think all the culture that I've absorbed and witnessed can help," he said.

"As a kid, my two ideal jobs I always wanted to do was be a Marine or police officer," he said.

"It happened to work out. I became a Marine first, and then a police officer after. They both kind of stem from the same thought process and the way I was raised, with an emphasis on being as helpful as you can in this world. This world has enough not-so-nice people, so it's not going to hurt to be a nice person in this world, helping anyone any way you can. Because i...