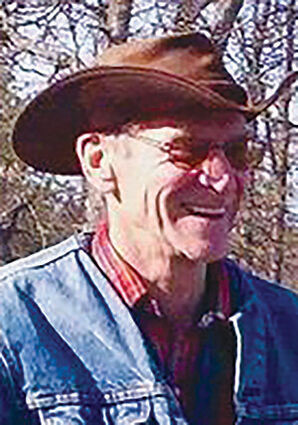 Entering the U.S. Army gave him the first opportunity to live and work in his beloved Alaska.

After leaving the service, Mr. Weed had his own mechanic shop (Al's Beetle Service!) in Fairbanks, Alaska, and from there became a large equipment mechanic for the Alaska Pipeline and for both gold and silver mines as far way as Indonesia.

He left Alaska in 2003 to move back to the lower 48, finally settling on his 40-acre "Rebel Ranch" in eastern Washington. He liked being thought of as a rebel, but was a gentle soul, loving wide-open spaces, wildlife and the idea of returning to farming. He admired and collected Studebaker cars, having moved away from his first car collection of Volkswagens.

Mr. Weed led a full and adventurous life, having touched many people, young and old, on his way.

He is survived by four of his five daughters, Audrey, Amy, Pammy and Constance, from his marriage with his former wife, Judi Carson (also formerly of Sweet Home); and three of his four sisters, Edith, Lucille and Martha.

Mr. Weed was preceded in death by his parents; his youngest sister Jeannie Holdrof; and his eldest daughter, Kellina Weed-Fischer.