No damage reported in Oct. 7 incident 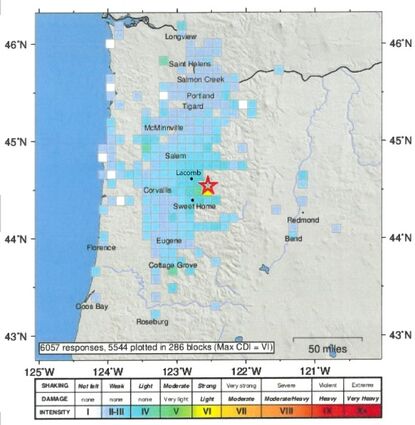 This map shows the location of the earthquake felt Friday morning in Sweet Home, and other locations where the tremor was reported.

The USGS reported the magnitude at 4.4 and that it occurred about 8.87 miles deep in the earth, about nine miles east/southeast of Lacomb.

"We had people calling, wondering what was going on," said interim Chief Jason Ogden, but he added that that was about it for effects in S...