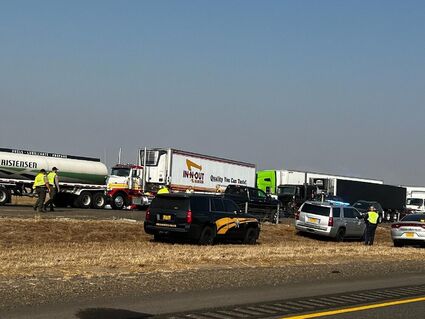 Four people were injured and two were killed Wednesday, Oct. 19, following a series of collisions on Interstate 5 between Albany and Harrisburg that closed major portions of the artery for eight hours.

Phillip Frye, 29, of Portland, died in that morning's fog-heavy multiple-vehicle crash, the Oregon State Police announced Friday. Details were not immediately available. A total of four unidentified subjects were taken to area hospitals throughout the day, one in serious condition.