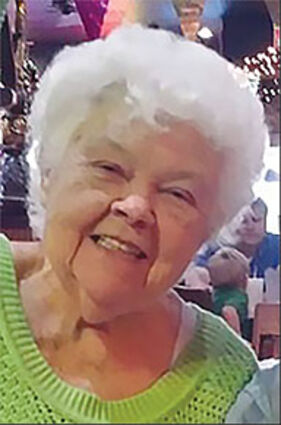 The daughter of Frank and Neni (Eddy) Frey, she was born June 2, 1936 in Baker, the youngest of three girls. She resided in Bates and attended school there, graduating from Prairie City Hight School in 1954.

Her family moved to Sweet Home in the mid 1950s, which is where she met her future husband, Alton D. Rush. Alton and Barbara were married on May 30, 1957, in The Dalles.

Barbara and Alton resided in Sweet Home and eventually settled in the Liberty area in 1964. They moved to Corvallis in 2010.

Barbara retired from White's Electronics in Sweet Home after 30 years of service. She was known as being a phenomenal cook, with many of her scratch recipes being shared around the world. She enjoyed crafts, such as making Christmas wreaths and giving them to friends.

Barb was a dedicated mother, who was involved in all her kids' activities including being a member of the Liberty school PTA and was heavily involved in school events that supported the community. She was always there for her kids in a supportive way.

She was the cornerstone pillar of our family. She was so influential in so many people's lives, just by being her genuine self. She was a giver and a fighter up to the end. She had a big heart and loved all of her family and friends.

She was preceded in death by her parents; son Jon; and sisters Patricia Watkins and Marnie McConnell.

At her request no services will be held.