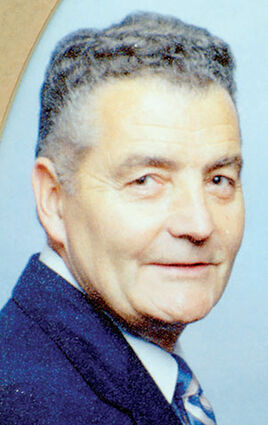 He and his family moved to California, where he attended and graduated from Richmond High School in 1947. He attended Saint Mary's College in Moraga, Calif. and Vallejo Junior College. He then went on to San Jose State College, where he met the love of his life, Dotty Degen.

In 1952, Mr. Barringer joined the United States Navy and married Dotty in October of the same year. He flew AD-4N Skyraiders off of the USS Yorktown and USS Essex until he was honorably discharged in 1955.

The Barringers moved to Corvallis where he attended Oregon State University and earned a degree in forestry in 1958.

Mr. Barringer went to work for Timber Service Company in Sweet Home. He became president of Barringer and Associate, Inc. in 1978 and continued managing forests until he retired in 1993.

The Barringers moved to Black Butte Ranch and enjoyed many years there before returning to Sweet Home in 2014.

Jack is survived by his wife, Dotty Barringer of Dallas; children Andra Bare of Newport, Dawn Waldrop, and Dave and his wife Desiree Barringer all of Sweet Home; and six grandchildren.

A memorial service will be at 1 p.m. Saturday, Nov. 5, at Community Chapel in Sweet Home.