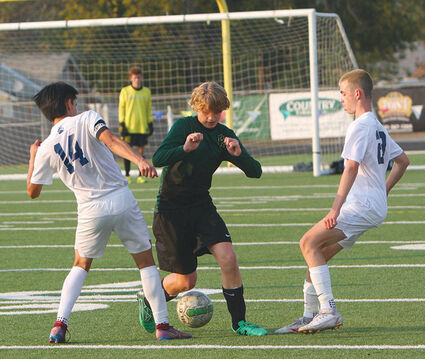 Boden Sayer, center, battles for the ball against Newport.

"I didn't think we played very well against Newport," said Head Coach Eric Stutzer. "I think we were really struggling to put anything sound together, just because of our lack of experience and depth."

"There were some really great individual performances," the coach said. "We had some guys that stepped up and played hard the entire game, but it's really hard when you have so many people out due to sickness and injury, and you really don't have a cohesive unit any more."...