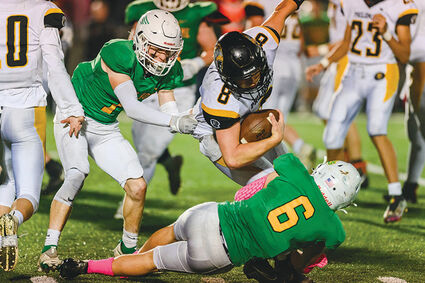 Sweet Home football lost its final game of the season at home on Friday, Oct. 28, falling 33-20 to Philomath. The game put both the Huskies and Warriors at 3-6 to end the season.

The Huskies held a 12-7 lead at halftime, before the Warriors put up 26 unanswered points in the second half.

"It didn't go how we planned it. It was unfortunate," said senior wide receiver Trenton Smith. "We lost. It wasn't the best way to end your last game."

"'Unfortunate' is about the only thing I could say," Head Coach Ryan Adam...