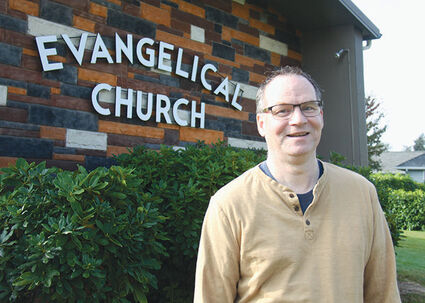 Brian Hotrum, who has led the Sweet Home Evangelical Church since 2010, has accepted a position as superintendent of the Pacific Conference, which includes 53 churches in Oregon and Washington. "I'm old enough and have enough experience where I can actually encourage and speak into the life of pastors younger than me," he said.

When Brian Hotrum arrived in Sweet Home in 2010 to pastor the local Evangelical Church, he was on familiar ground, both geographically and as a minister.

He'd grown up in the Evangelical Church, in which both his father and his great-grandfather had been pastors.

"We kind of go way back here, for generations," Hotrum said, noting that ministers moved around more when he was young than they do now in the denomination. "So between me, my dad and my Great-Grandpa (Archie) Cleveland (who once was principal at Liberty School in Sweet Home), we've been in a lot of churches in the Pacific Northw...