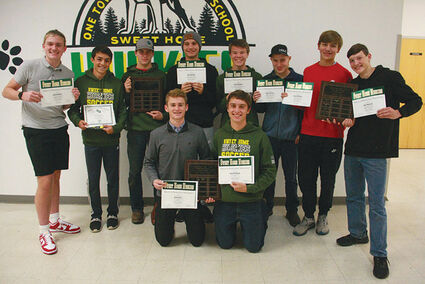 Towry averaged 12+ saves per game, according to Head Coach Eric Stutzer, and posted three 16+ save games in a row. He also recorded multiple 20+ save games. The keeper additionally enjoyed a 80% save percentage for the season, and was pivotal in Sweet Home's shut out of East Linn Christian Academy on Sept. 13.

Towry was an Honorable Mention in all-league voting for the 4A Oregon West Conference, the thir...