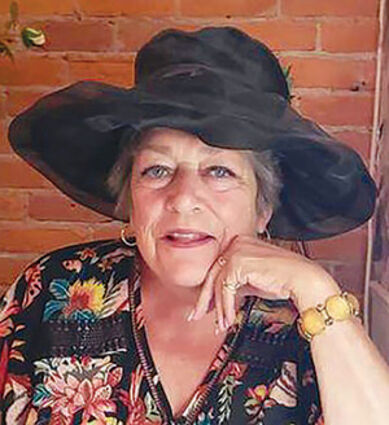 She joined the family as a transition was being made from living in Willamina to Sweet Home.

She has an older brother, Larry, and the family lived in a tent during their first year in Sweet Home while their house was being built.

As Donna grew up, her double cousins became her first playmates. Together, they roamed the nearby forest as a band of wild Indians. Donna's best friend in school was actually a Yakima Indian girl named Norma Mosqueda.

She started grade school at the Pleasant Valley School and the second year she went to Oak Heights in town. She graduated from high school in 1964.

Also in 1964 she married Frank A. Thompson. They had two children, Teresa and Larry.In 1972 she and Frank divorced.

Donna started working as a dispatcher at the Sweet Home Police Department for a time beforejoining the EMT crew as the first paid and the first female EMT.

At this time female police officers were very rare. During her time with the police department, she achieved the rank of patrol sergeant.

Also at this time she met a new fellow officer, Darrell Thurman. In April of 1978 the two were married.

Donna changed from police sergeant to dispatch supervisor and a detective.

She and Darrell shared a great interest in genealogy and they made a trip across the country, looking up relatives along their wandering route. They truly loved the outdoors, with fishing and hunting trips often marked off on the calendar.

Among other things, the two of them would join in law enforcement shooting competitions, and often she would win the pistol events.

Donna suffered a spinal injury while a police officer at Sweet Home and was forced to retire from active police duty. For a while she sold real estate and then she went to work for the Linn County Sheriff's Office as a corrections deputy for several years.

When she retired, she was working for the Oregon State Justice Department.

They were very involved with all of thegrandchildren, and rarely missed any of their events.

In her later years she was quite active with the Sweet Home Elks Club. She enjoyed being the "Egg Cooker" for the club's Sunday breakfasts.

She was the treasurer and a big recruiter for the club.

Donna was adopted by Cluff and Irene as a wee infant. Her birth mother was Cluff's younger sister, Verna. 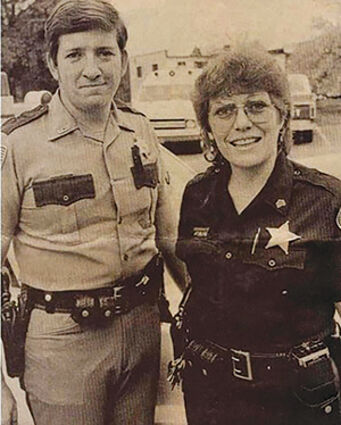 With Darrell in the early 1980s

In lieu of flowers, the family asks that donations be made to the Sweet Home Elks No. 1972 Building Fund