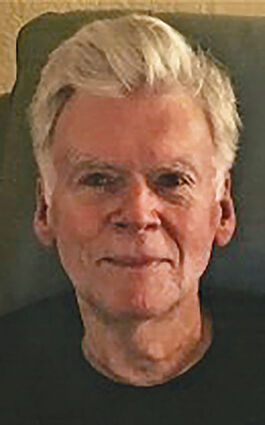 Marion Hamilton McCuistian, 76, fondly known as Mac, went peacefully into the arms of our Lord on a warm autumn day, Oct. 6, 2022, in Boerne, Texas.

Born May 1, 1946, in Siloam Springs, Ark., to John and Zelma McCuistian, Mac made his life in Texas, but his heart belonged to Oregon.

Growing up, Mac had a wonderful sense of family, having meals around a large table and taking trips to the mountains and coast.

Mac was an avid Oregon Duck fan and watched games whenever possible. He now has a front row seat for every game – Go Ducks!

Attending grade school and high school in Sweet Home, Mac excelled in basketball and hurdles. Popular among his peers, he was elected student council president.

Mac spent many a day with his partners in crime, Dennis Hankins and Joe Arvidson.

Loving his country, Mac voluntarily joined the Army and served three years in Military Intelligence. Upon an honorary discharge, he entered the education field and remained until his retirement.

While attending college, Mac would spend summers working in the sawmill.

He earned several college certifications and a master's degree in education.

His work with special needs children was a testament to Mac's loving heart, bountiful patience, and compassion for his students.

Mac is survived by his wife, Michelle; sisters Wanda and Johnny Ruth; and brother, Michael.

He is also survived by two of his closest brothers in Christ, Dan Spain and Henry Flick, who held vigil beside him during his last days.

He was preceded in death by his parents; first wife Rosemary; only child Ian; and sisters Jo Ella and Vera.

A private service was held in Texas and attended by immediate family. In lieu of flowers, a donation to Gideons International at http://www.gideons.org would be most appreciated.