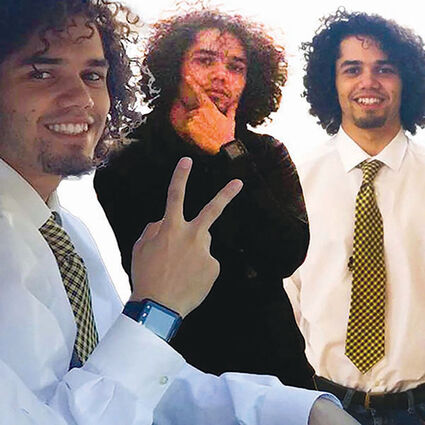 Corinthian lived in Albany until he graduated from South Albany High School in 2011.

During his high school years he enjoyed spending time with his friends, playing football and going to his father's for Christmas, Spring and Summer breaks.

After graduating from high school, he moved to Las Vegas to live with his father and three brothers, where he founded The Cool Nerd Squad, a mobile computer repair company and attended the College of Southern Nevada.

Corinthian began focusing on growing The Cool Nerd Squad during his freshman year of college. He moved out on his own in 2014.

In his spare time he loved playing video games with his brothers and friends and making music as a creative outlet.

Corinthian was an avid cat lover. He considered his cats his children: Oakey, Tika, Tiko, and Carrot Top.

He was preceded in death by his grandma, Jackie DeBord; grandpa Lawrence; and uncle Larry DeBord.

A memorial service was held Nov. 26 at the Church of Jesus Christ of Latter-day Saints in Las Vegas.

Celebration of Life in Oregon will be at 11 a.m. Friday, Dec. 2, at Community Chapel, 42250 Ames Creek Road, Sweet Home. Burial will take place at Gilliland Cemetery in Sweet Home.