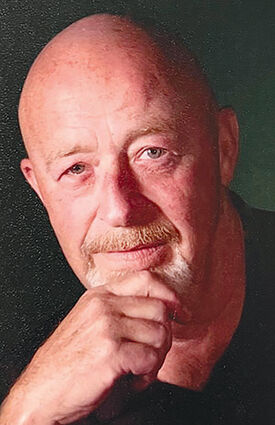 He was born May 23, 1947, the son of Edwin and Lela (Kelly) Terry in Dallas. He graduated from McMinnville High school in 1965, joining the Air Force in 1966. During this time, he was at Lackland Air Force Base in Texas for basic training, then stationed at Westover Air Force Base in Chicopee, Mass. Mr. Terry did several tours to Guam Air Force Base, where he was a fuel specialist during Vietnam. He was honorably discharged in 1970.

Mr. Terry was a member of Bethel Baptist Church in McMinn-ville, where he was an usher for many years. He worked at the McMinnville Water and Light from 1973 until 2001, when he retired.

Mr. Terry volunteered his time at the American Legion, as a docent at the Evergreen Aviation Museum, and was a volunteer for the McMinnville Fire Department.

He enjoyed riding his Harley, detailing his cars, and keeping his yard perfect.

He was preceded in death by his parents; and sisters Carol Paden and Sharon Hernandez.

Graveside service with military honors will be at the McMinnville Masonic Cemetery.

A memorial service will be held at 2 p.m. Saturday, Dec. 10, at Holley Christian Church.

In lieu of flowers, donations can be made to Evergreen Hospice House in Albany or Holley Christian Church in Sweet Home.