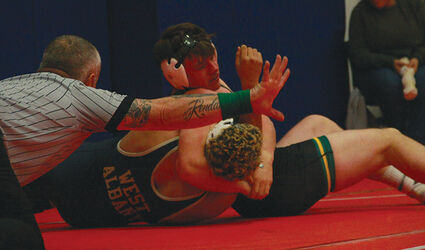 Sweet Home's wrestlers opened their season with a pair of tournaments very familiar to the team's veterans.

"It went well," Coach Steve Thorpe said of Sweet Home's first week. "We went to Lebanon and everybody got four matches out of way – we won four duals. We beat a tough Dallas team."

Then on Saturday they traveled to the 20-team Perry Burlison Invitational at Cascade, where they finished second, eight points behind Cro...