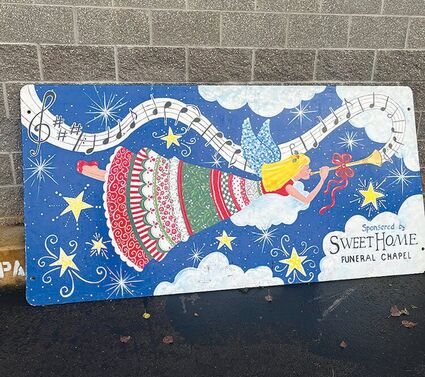 Sweet Home Funeral Chapel got a little dose of Christmas cheer Monday, Dec. 12, when someone returned a Christmas card, commissioned by the business, which had been stolen earlier in the month.

The card had been placed at the corner of 12th Avenue and Long Street on Saturday, Dec. 3, and was missing by Monday.

The New Era had planned to run a photo of the card, asking if anyone had seen it, when an employee of the funeral home left the building and, according to owner Mac Olsen, stuck her head back in and said, "Did you know the Christmas card is out here?"

There it was, as the photo shows...