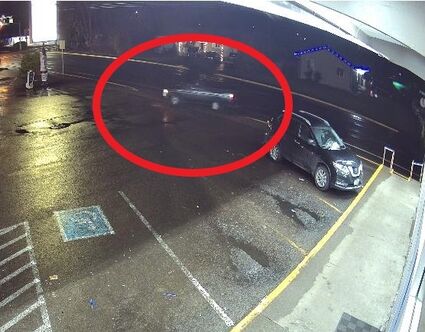 Courtesy of the Albany Police Department

The Albany Police Department seeks the driver of this truck, seen here in a screen-capture from video footage, possibly involved in a fatal Saturday, Dec. 10, hit-and-run in southeast Albany.

Matthew James Dreyer, 49, was lodged at the Linn County Jail on criminal charges associated with the incident, which took place shortly before 4:30 a.m. Saturday in the 1500 block of Geary St. SE and resulted in the death of 30-year-old Alexandria Lee Mulrooney.

Investigators found the involved vehicle, a black 1997 Nissan pickup, at the time of the arrest, the result of multiple community tips.

No further information was immediat...