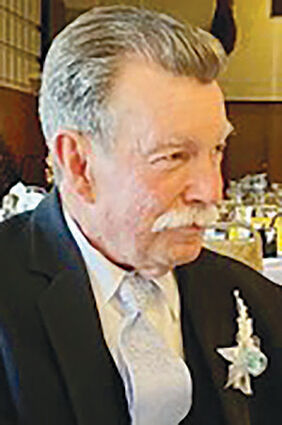 He was born April 19, 1944, in Catskill, N.Y., to Loring VanDerlip and Janet (Best) VanDerlip. He is preceded in death by his parents and sister, Carol VanDerlip.

David is also survived by 12 grandchildren, seven great-grandchildren, and numerous nieces and nephews, all of whom he loved very much.

David grew up in Connecticut, graduating from Glastonbury High School.

He moved around the United States in his late teens and early 20s, living in the Northeast, California, and finally arriving in Oregon with his first wife and their children in the early 1970s. He and his brother bought their homesteads in Crawfordsville, with David often referring to it as his slice of heaven on Earth and creating a large garden that became his sanctuary.

David and Rachel raised their combined family in Crawfordsville, teaching them how to garden and sustainably use the land they lived on.

David loved being outside, often cross-country skiing in the winter, camping and hiking in the summer, and swimming in the many rivers and lakes Oregon had to offer.

He was an early advocate of sustainable living. David served on many boards and committees to help low-income families find housing, food, and better educational opportunities.

He encouraged all his children to pursue education, either by attending college or learning a trade. David led by example, earning his own bachelor of science in business from Linfield College later in life.

He was a member of St. Helen Catholic Church in Sweet Home.

He enjoyed his wine and always took the time to visit the local wineries wherever he went. A good day included working in the garden and watching it grow, all while enjoying a good glass of wine.

David spent the last few weeks of his life in hospice at his home, where he was most at peace, and couldn't have met a more fitting end.

He passed peacefully in the presence of his loving family.

A funeral Mass will be held at 2 p.m. Sunday, Dec. 18, at St. Helen Catholic Church in Sweet Home. Praying of the Rosary will precede the Mass.

David's celebration of life will be held in April 2023.

In lieu of flowers, please consider donating in David's name to the Bristol Hospice Foundation: bristolfoundation.org/support.