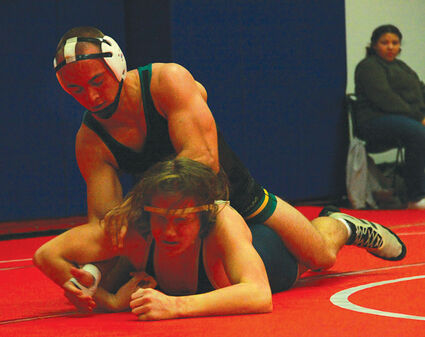 Ethan Spencer works to turn an opponent during a match earlier this season.

Sweet Home's boys held their own against some big-time competition Friday and Saturday, Dec. 9-10, at the Rose City Championship wrestling tournament hosted by Westview High School in Portland.

So did the girls, finishing second to defending champion Thurston by two points.

The boys tournament featured 27 teams from throughout the Northwest and California.