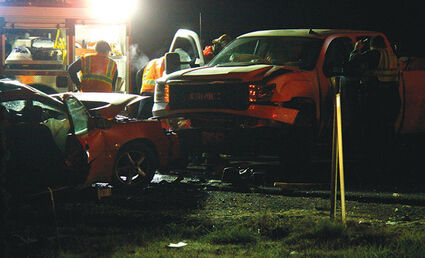 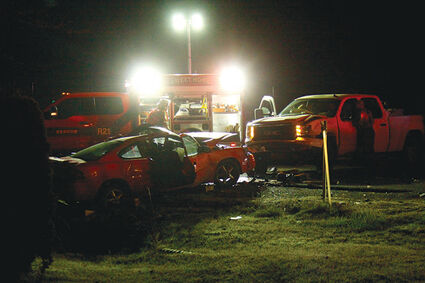 According to an Oregon State Police report, a white GMC Sierra truck, pulling a dump trailer, driven by Timothy Ray Geil, 62, overshot while making a left turn onto Dew from the highway and struck a red 2002 Pontiac Grand Am driven by Rhys Allan Cyrus, 43.

Police said an investigation is continuing into whether impairment was a factor in the crash.