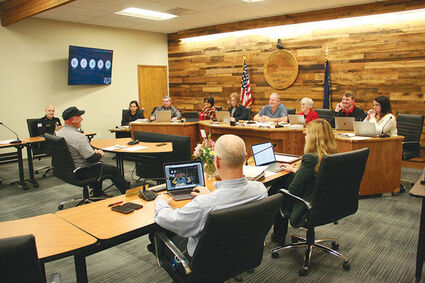 Park and Tree Committee Chairman Wally Shreves speaks to the Sweet Home City Council about a proposed bandstand at Sankey Park during the Dec. 13 council meeting at City Hall.

"Patrol canines are mostly described in general as bite dogs, but they do a lot more than just bite," he said, adding that Albany police officer Ben Arthur's animal had zero bites last year.

"That's what we want to see," Prather said. "Because if we can get compliance without having to get somebody hurt, then it's all the better for everybody."

He noted that K-9 dogs are capable of tracking people and being "a show of force instead of actual...