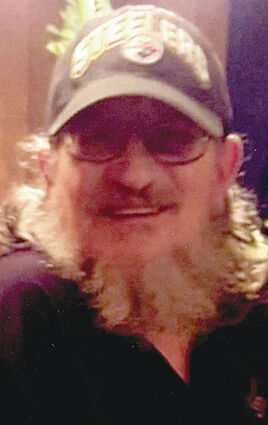 He was born June 26, 1961, in Eugene to Harold and Jean Sharp, the seventh of nine children.

He lived many places throughout Oregon as a child. In 1987 he made his way to Jackson Hole, Wyo., where he started his career as a chef at Jedidiah's original House of Sourdough near Yellowstone National Park. Lightning caused a fire in Yellowstone, which later became the largest forest fire in park history. Mr. Sharp used his skills to prepare breakfast, lunch and dinner to the hundreds of firefighters that came to fight to save Yellowstone.

While there he met Tina Kiser. They married in 1991 in Sweet Home and in 1995 welcomed their son Patrick.

Mr. Sharp continued his passion as a chef for 23 years in various places between Jackson Hole and Sweet Home.

He was known for his smile and never-ending happy attitude with all he met. There was hardly ever a time when Mr. Sharp would raise his voice or have a harsh word spoken by him. Even in his last days with us he still had a great attitude and a smile on his face, asking, "where do we go from here?"

He will be missed by many people he met through the years.

He was preceded in death by his parents; brother Larry Sharp; and sisters Ginger Launer, and Kathy Sharp.

A Celebration of Life is planned for 2 p.m., Thursday, Dec. 22, at Crawfordsville Calvary Chapel.