New Evangelical Church pastor lands right where he needed to be 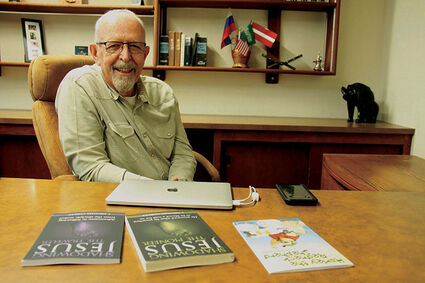 Jim Corley sits in his offi ce at the Sweet Home Evangelical Church, where, at age 78, he's become interim pastor. In front of him are books he has written over the years.

Sweet Home's been heavy on Jim Corley's mind for years – nearly 20, in fact.

So now, at age 78, he's in a position to really do something about it.

Corley has been interim pastor at the Sweet Home Evangelical Church since his predecessor, Brian Hotrum, stepped down earlier this fall to become superintendent of the denomination's Pacific Conference.

This isn't new territory for Corley, though. In fact, Sweet Home is simply where he has wanted to return, he said. But getting here involved a lengthy process with some unusual twists.

Corley's association with the community began in 196...