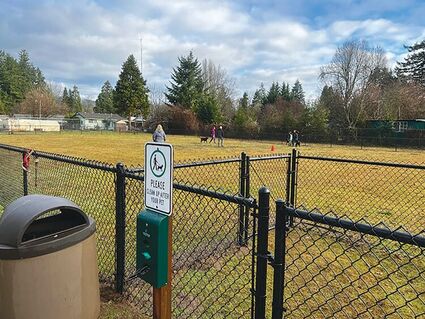 The new dog park, located at Northside Park, is seen here Saturday morning, Dec. 31. The park is open to the public, though more work remains to be done.

The park, located at 1780 11th Ave., has been in the works for a while, city Community and Economic Development Director Blair Larsen said.

"This has been something the Park and Tree Committee has been talking about for the last year," he said, adding that a couple of local donors have specifically earmarked their contributions for "dog parks."

The approximately one-acre fenced area is on the east side of the park, which doesn't get much use except by campers during the Oregon Jamboree.

"Northside Park was seen as one of the i...