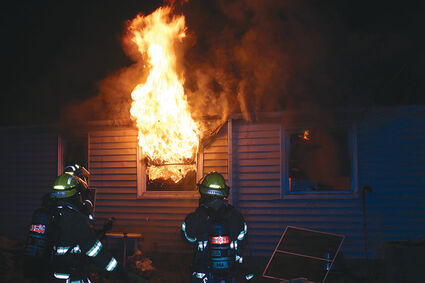 Lebanon firefighters, above, tackle an early-morning housefire Wednesday, Jan. 4, in the 400 block of West D St.

Crews responded to the first incident shortly before 4 a.m., arriving at a single-story residence in the 400 block of West D St., where heavy smoke was reported.

Both of the home's unidentified occupants managed to escape the blaze; one was assessed for smoke inhalation, but declined a hospital transport. They were assisted by a neighbor before getting help from the Red Cross.

Due to rapidly changing conditions from the structure's excessive fire load, incident...