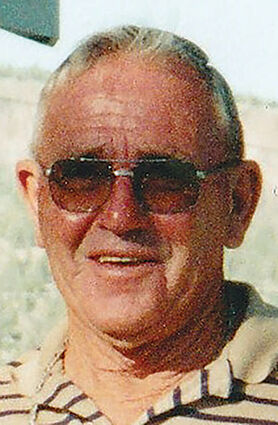 He graduated in 1950 from Crook County High School in Prineville.

Mr. Hiaasen spent two years in the Army during the Korean War, as a sergeant before his discharge. He worked at his uncle's gas station and at a local mill before joining the Oregon State Police in 1960, stationed in Eugene.

In 1972 he transferred to Sweet Home, taking command of the Sweet Home patrol office. He retired in 1985 from this post, with the rank of sergeant.

Mr. Hiaasen was an avid hunter and fisherman; he loved catfishing on the Snake River and fishing for salmon in Winchester Bay.

For many years he was a member of the Sweet Home Elks Lodge. He and his wife and friends traveled throughout the United States and Mexico. After his retirement, the Hiaasens spent half the year in Mexico for 25 years.

He was preceded in death by his wife Mary in 2011; his father, his mother, brother Kirk; and sisters Geraldine "Gerry" Brockway, Phyllis Short and Mary.

A memorial service will be held in April. Donations may be made to Evergreen Hospice in Albany.