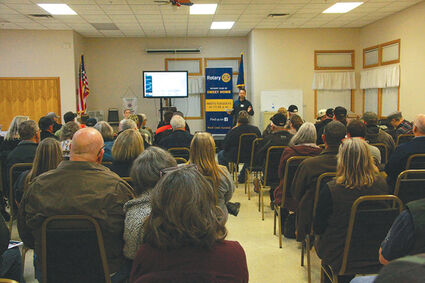 A plan that will reshape management of 13 dams and reservoirs in the Willamette River Basin was the subject of a public meeting at the Sweet Home Senior Center on Jan. 11.

About 60 citizens attended the meeting, which had similar counterparts last week in Eugene, Springfield and Stayton.

The U.S. Army Corps of Engineers hosted the meetings after the agency released a 2,200-page blueprint for managing how it stores and releases over 500 trillion gallons of water used for drinking, irrigation and recreation in the Willamette Valley.

That document is known as a draft Programmatic Environmenta...