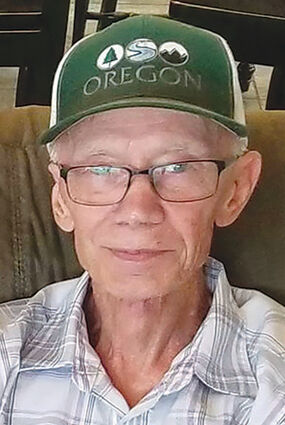 Jerry lived most of his adult life in Oregon where he raised his family. He lived in Cottage Grove for many years, where he owned his own auto body shop, "Cottage Grove Auto Body."

Due to his charismatic personality he was very well known in the community and loved by all.

In 2015, Jerry moved to Sweet Home to be with his current wife, Juanita. He then spent the next seven years of his life building new friendships and enjoyed his family.

He had a passion for rebuilding vintage cars and trucks and entering them into car shows, where he won many trophies. Out of the things that Jerry loved, he loved his family most of all.

Condolences and contributions can be sent to Juanita VanBrocklin in care of Sweet Home Funeral Chapel, 1443 Long St., Sweet Home, OR 97386.