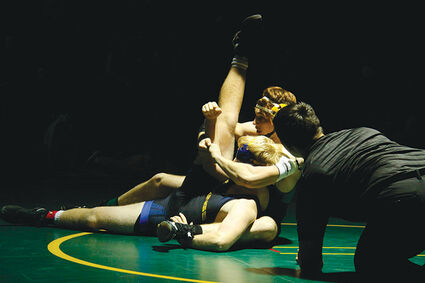 Sweet Home's wrestlers rolled to wins over Siuslaw, Stayton and North Marion last week as the Huskies had a breather from the succession of larger tournaments they've competed in for the last month.

It wasn't entirely planned; Sweet Home's girls were scheduled to compete in Dallas over the weekend, but coaches realized that would have put them over the limit on competitions allowed during the season. So the Huskies got the weekend off.

The girls, who were ranked first in the small-schools poll conducted by OSAA – the first girls Wrestling Coaches Poll ever – had some good competition...